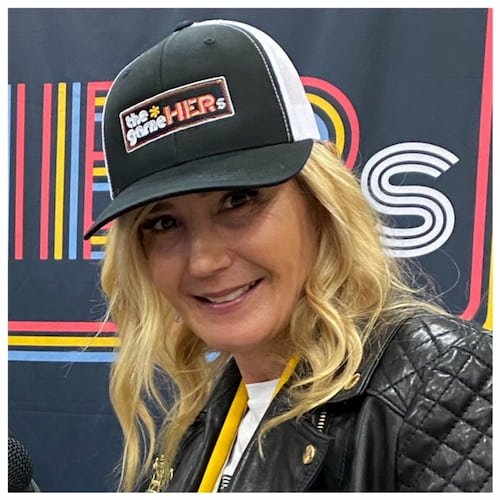 A serial entrepreneur, Heather is the CEO and co-founder of the*gameHERs: a social networking and media platform for women who game and who work in the gaming space. Prior to cofounding the*gameHERs, Heather was VP of Licensing at Kidtagious, Al Kahn’s international children’s entertainment company (Al was the visionary behind Cabbage Patch Kids, Pokémon, and more). At Kidtagious she spearheaded initiatives to introduce disruptive technology to kids' toys and products in the esports and gaming world. In 2006, Heather co-founded Mommybites, which through its platform that matched parents with caregivers, quickly became one of the largest communities for moms in New York City before launching nationally. In 2016 the site was acquired by a large Manhattan media conglomerate.

Prior to co-founding Mommybites, Heather was a learning specialist where she taught in London for many years as well as at The Dalton School in Manhattan. Heather holds a BA in Psychology from Hobart and William Smith Colleges, an MA in Child Development from Tufts University and acquired her learning specialist degree from York University in England. Heather resides in Manhattan with her husband, two sons, and a pet turtle, coincidentally named Squirtle
the Turtle after the Pokémon character.